Kolbano Beach ( aka Pantai Kolbano ) is located in the Indonesian province of East Nusa Tenggara. Located about 92 miles from the capital Kupang. The beach is know for its beautiful  rocks, and blue water. Not being able to find much information about the place on the web, I decided to go there on my own and document what I found.

After arriving in Kupang at the airport, I was greeted by a "tour guide" who offered me his services which I politely declined, I was then told by people where giving the "tour guide" dirty looks to go to the booth and get a number for the Taxi. I was given a ticked with a taxi number and the value 70 000 Rupiah ( ≃ $5.25 USD ) written on it. The "tour guide" followed to the taxi, talked to the driver, and there we went on our merry way. Then suddenly the taxi driver stopped and drop off the "tour guide". I guess he wanted a ride home. The taxi guy dropped me off where I wanted, Lavalon Seaview Hostel & Cafe, and I gave the driver a 100 000 rupiah and told him to keep the change. Make sure you write down the name of the place along the the address and phone number, as drivers are not always familiar with places.
Lavalon is a well known hot spot for tourist in the area, the owner is a movie star which I didn't have the pleasure to meet, I was told he had gone camping. The people working there speak good English and have good knowledge about the Island, they can arrange anything, bus tickets, tours, visa authorization runs to the East-Timor embassy, etc. Unfortunately they only have two private rooms available, one that goes for 160 000 rupiah and the other one with the sea-view for 260 000, dorms are only 50 000.
A group of students showed up at one point and they asked if I could help them with the English project where they were expected to have a conversation with a foreign. I had three large groups of students coming to me for this matter and I helped them. I just wish they were more willing to show me around town.


In order to get to Kolbano I was told that I would have to get a bus to the cross-way  and then get on a pick up that would take me to straight to Kolbano, fortunately a dutch couple was going that way and offered me a ride to the cross-way, which saved me 50 000 rupiah.


While riding the pick up I met two of the locals who spoke a little bit of English and luckily I had a phone with google translator on it, so we managed to communicate well. It is a good idea to bring something to give to the locals, I had a bag of M&Ms which they seemed to like but would not take much.

The pick up truck took me all the way to the end of the Beach. So I had to walk all the way back to the village, on a 89°F heat, while raining. Luckily I found some nice people who got the shelter and offered me food, which I ate even though I wasn't hungry, but as I was told it was tradition food from their village I couldn't refuse, so i ate it. It was some corn I had never seen before. I offered them some traditional American food, a box of Twinkies, the rest of my M&Ms, some cans of soda, and a can of Penne Pasta on chicken broth soup. I had read before that it is a good idea to always bring something from your country on occasions like this. Some people from the village came and gather around me, and we tried to communicate using Google Translator.

I told them that I needed a place to stay for the night and they took me to a guest house which they referred to as "Home Stay" . The place was just a bed, a fan, and a roof on your head. The lady that ran the place seemed very skeptical of me, she told us that the police was gonna come and search me things, which they never did. She took my passport as guarantee that I was gonna pay the 100 000 rupiah per night that they charge.  The "Home Stay" is not near the beach, so you have to walk about 15 minutes to get there.
The lady that ran the place had a little kid, and by chance I had found a football in a parking lot a night before I left the states, it was like one of those stress balls, only bigger, with a bank logo on it, so I gave it to the kid who loved it.

Their bathroom is discussing and they have no western style toilet, fortunately there is a place near the beach where you can take a shower for 5 000 rupiah ( ≃ $0.38 USD ), just tell the lady you wanna take a "MANDI". They also have better looking toilets in there. Oh and by shower I mean take a pot and throw water over your heard. Make sure to bring your own everything ( shampoo, soap, towel, etc.)

The Water is nice and warm. You'll be the only tourist around. 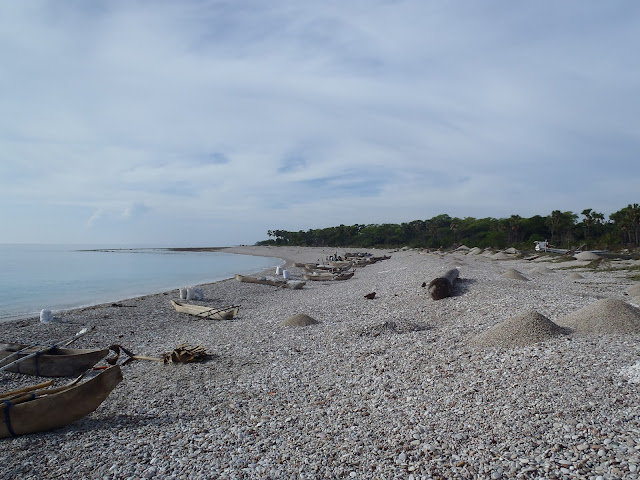 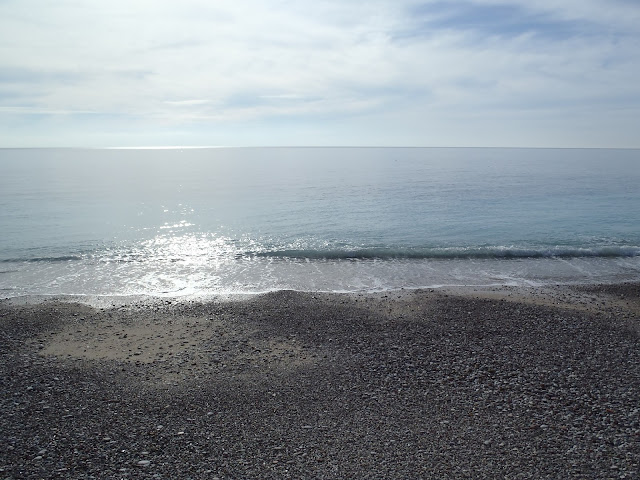 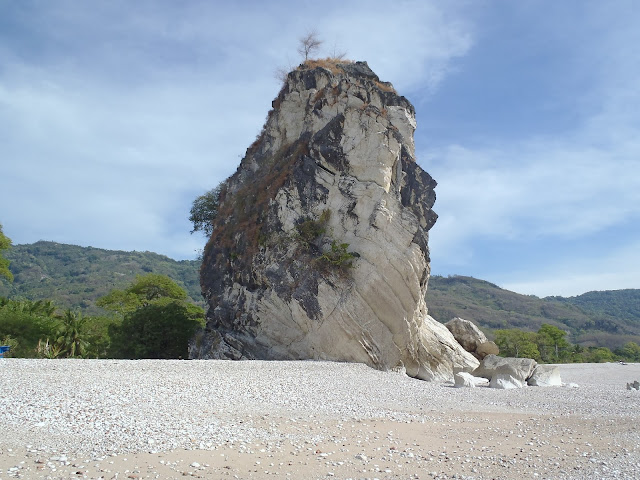 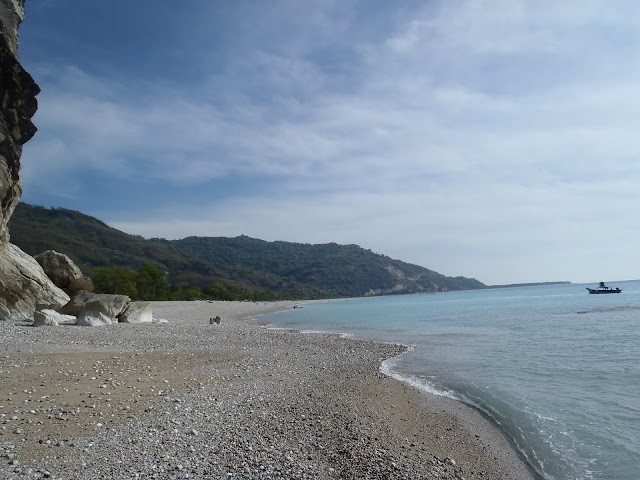 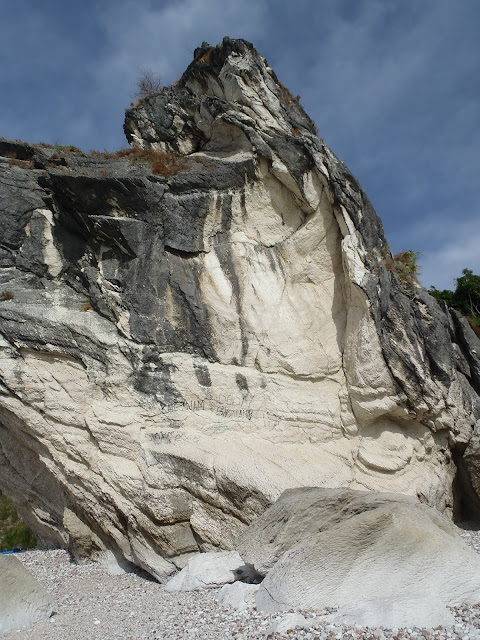 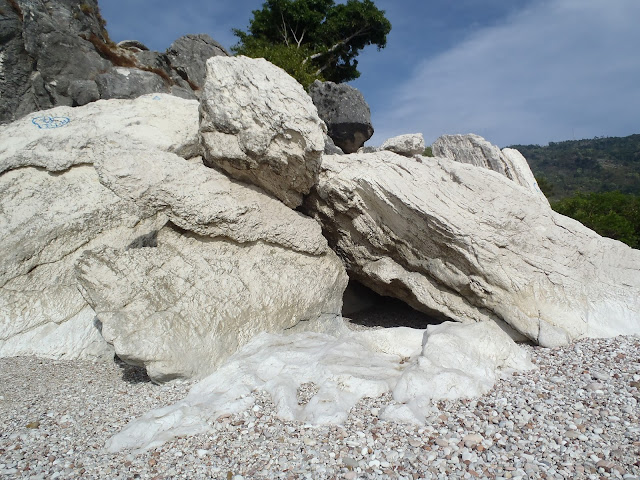 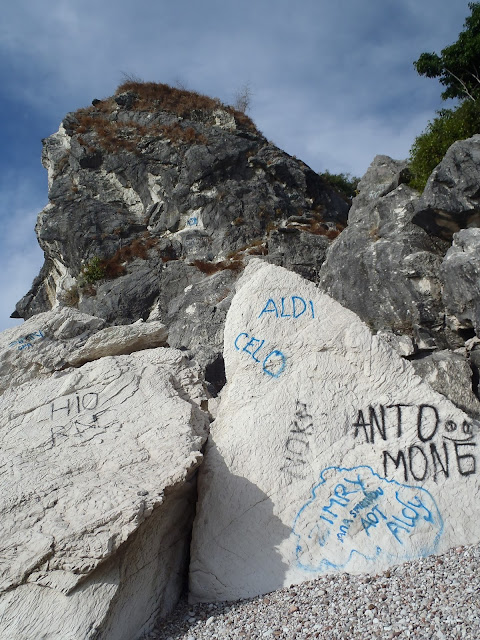 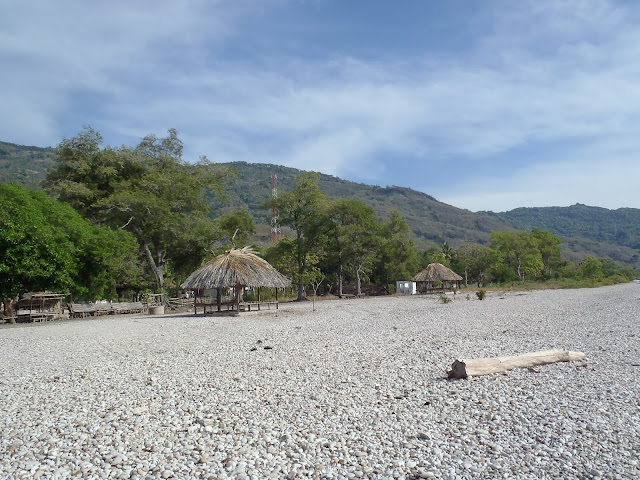 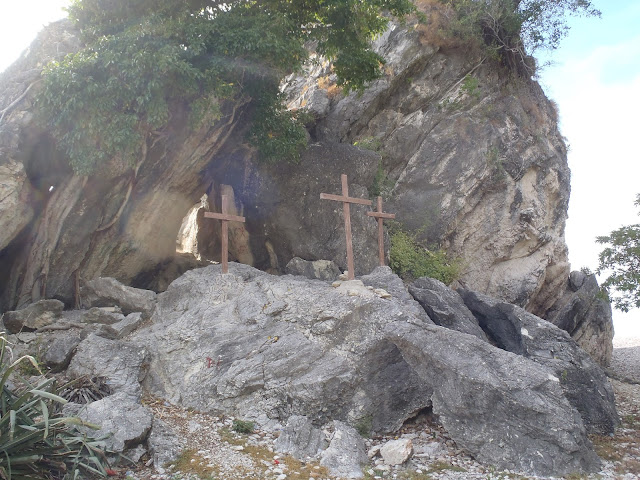 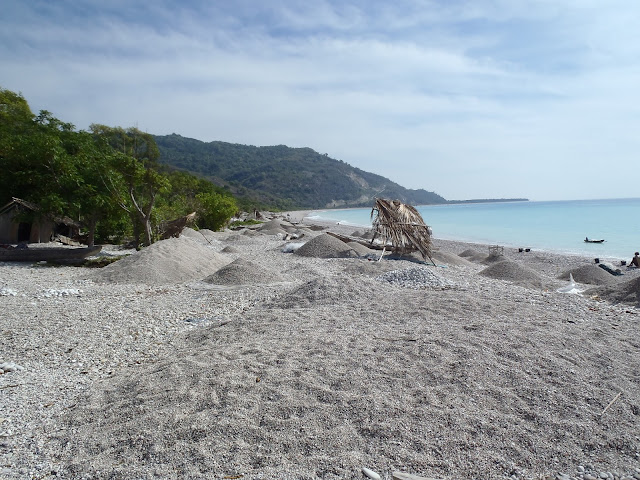 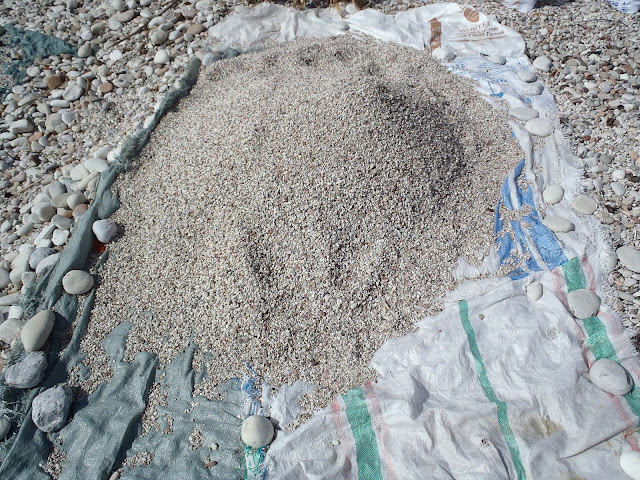 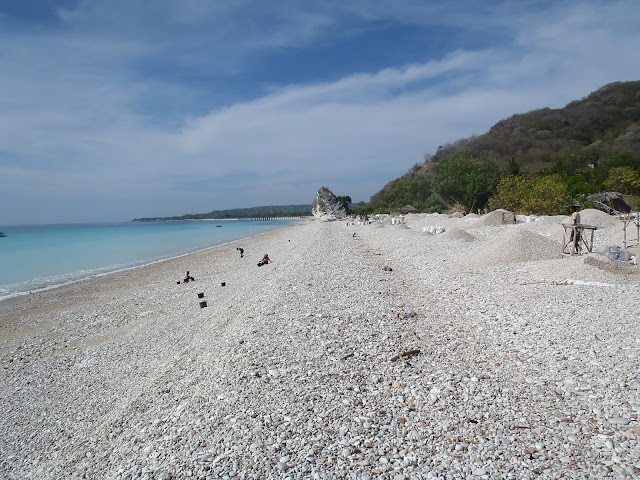 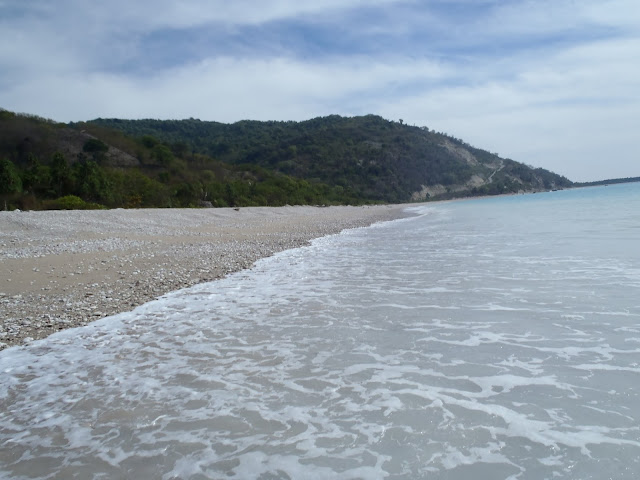 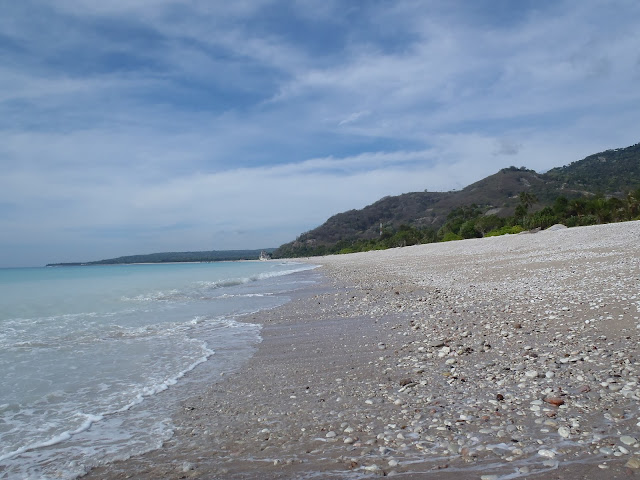 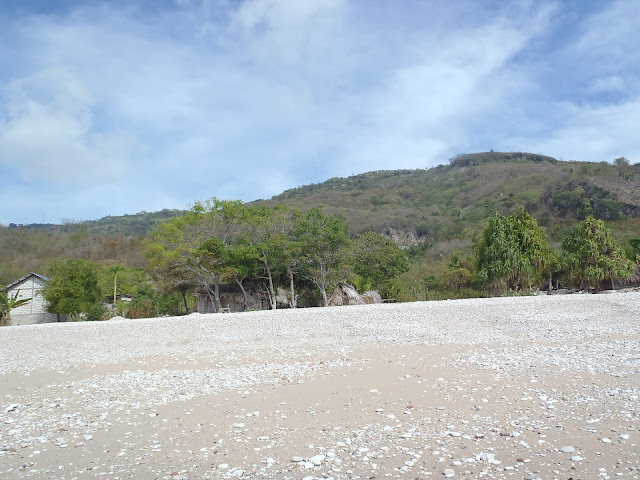 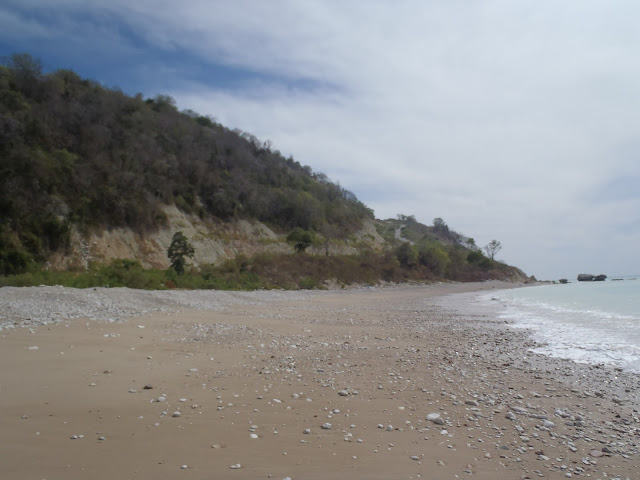 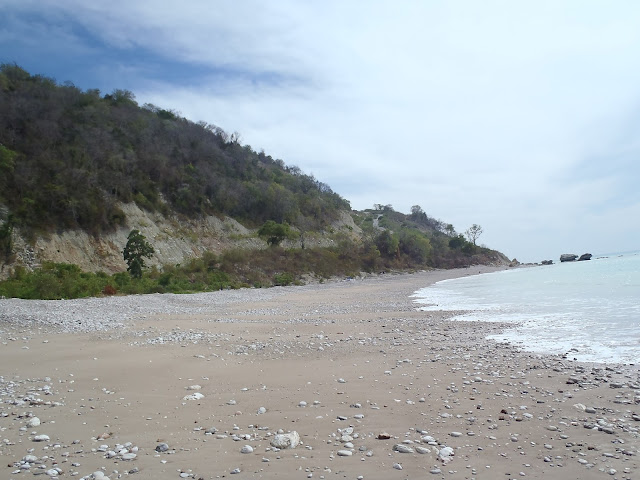 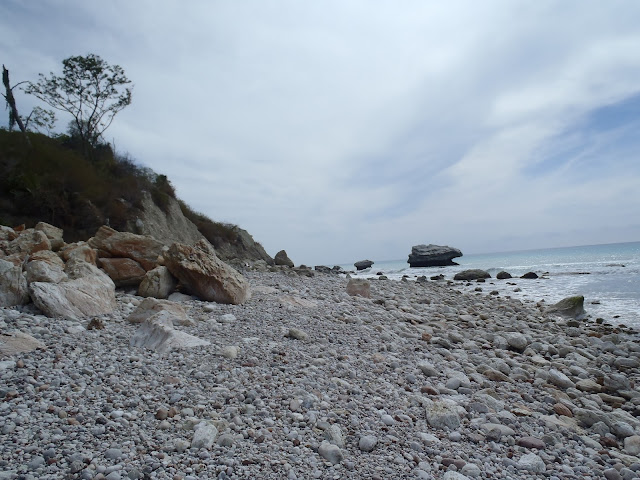 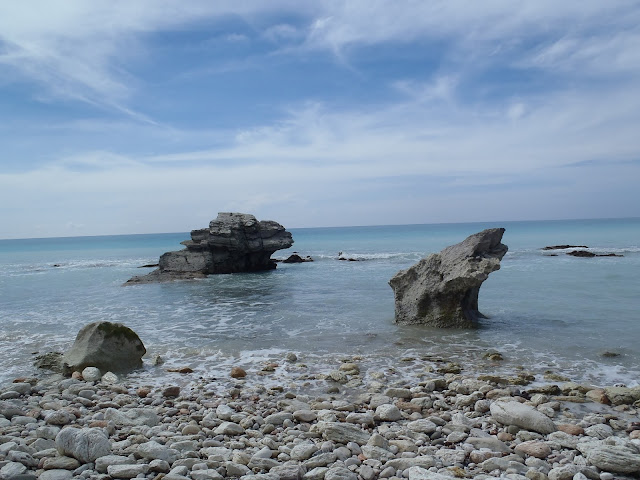 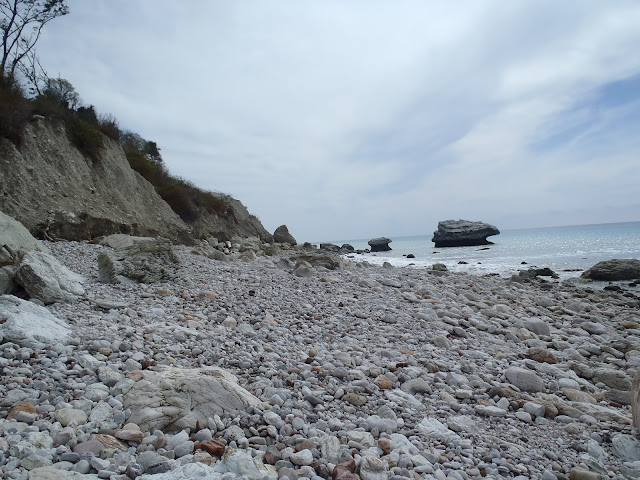 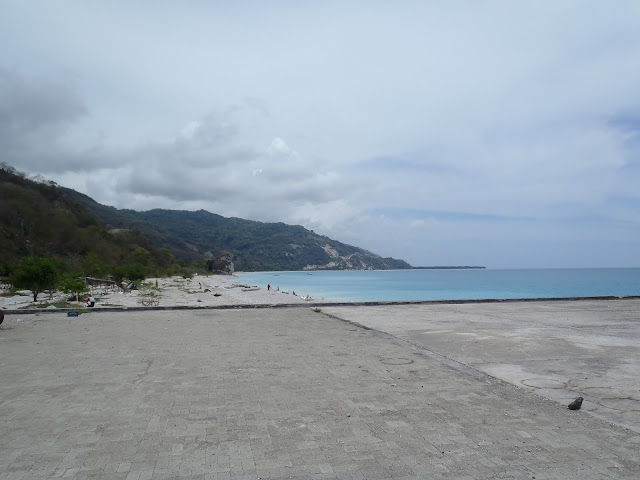 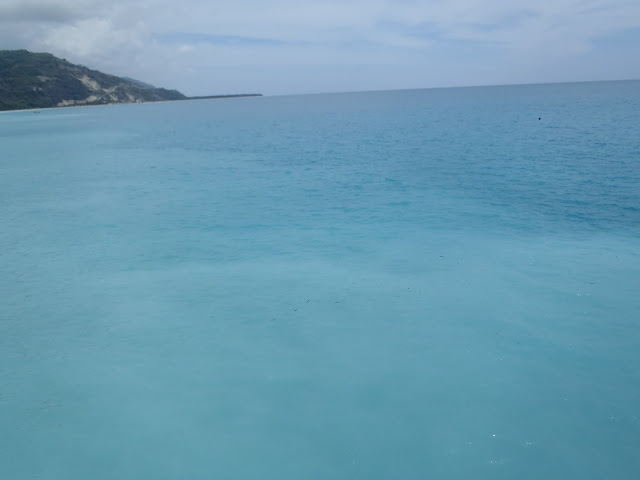 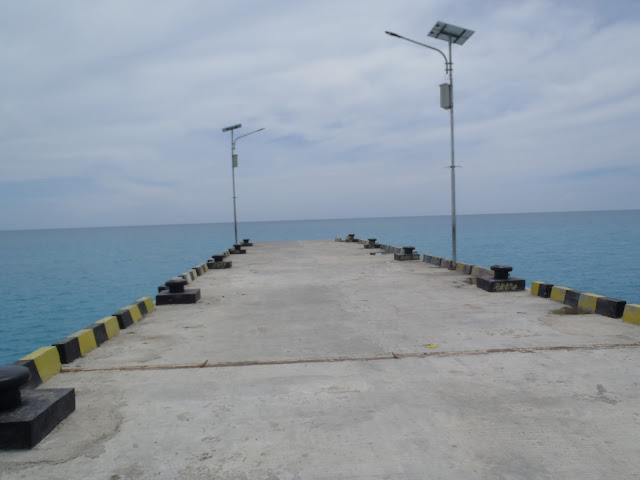 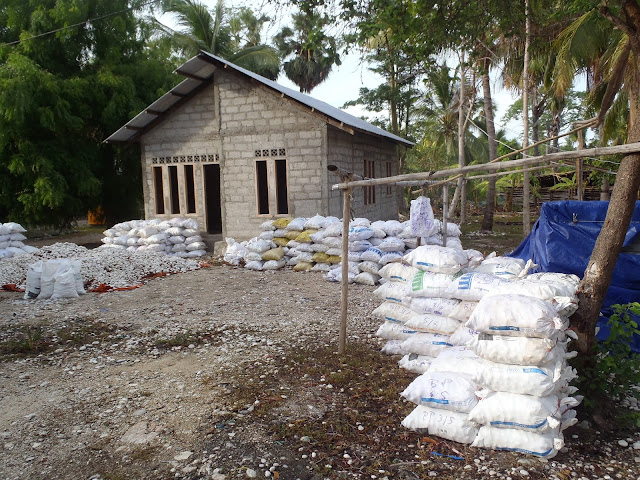 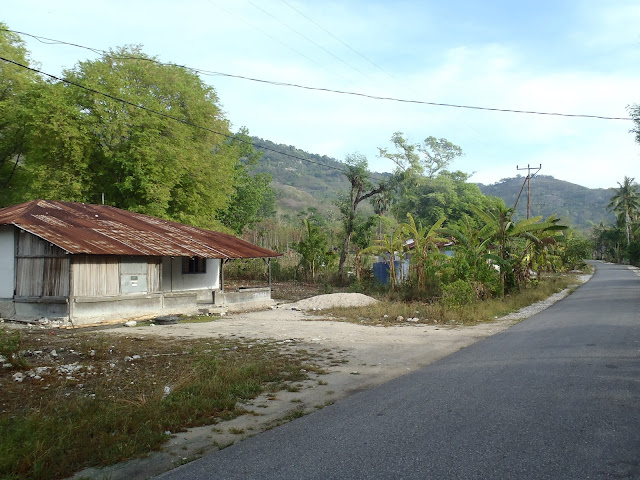 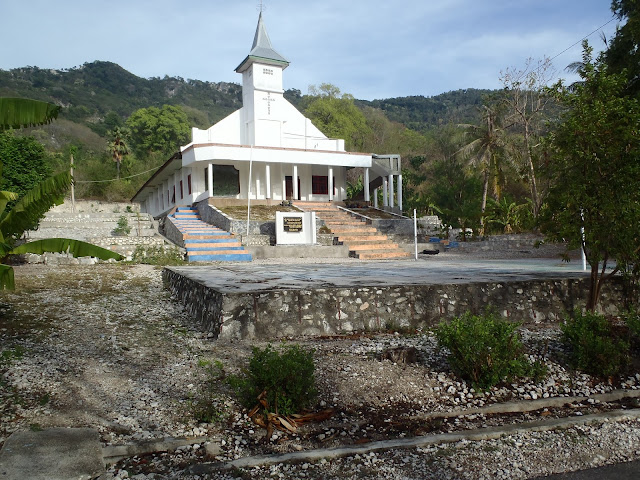 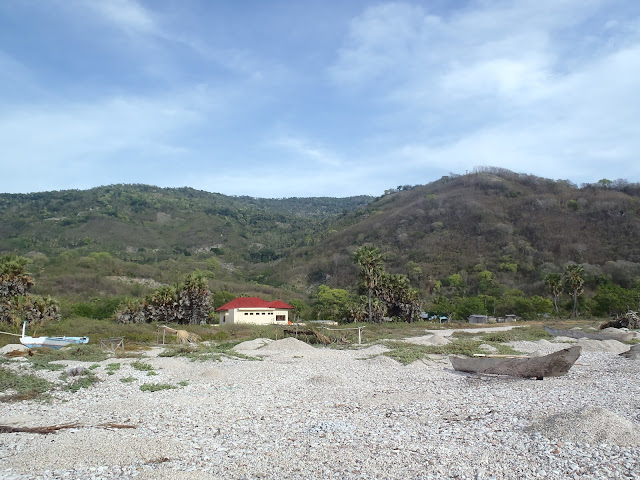 How to get out of Kolbano

In order to get out of Kolbano, all you need to do is wake up early, pay the lady whatever is owned, she'll give you a big smile like she had never seen money before, get your passport back and tell her that you want to take the bus back to Kupang, when the right bus passes by, she'll stop the bus for you and let them know where you're going, you'll be charged 100 000 rupiah for the trip back.
If your planning to go there please try to bring a toy to her kid, they don't seem to have much, anything, a ball, a lego, whatever. And if you really have the means, the nice people that live in the gray house really could use a fridge, even a small one.
I hope this blog helped you, if you did please show your gratitude by bringing a toy to the kid.